Reversing the party-inspired unanimity of the 1920s and ’30s, ZIP have designed an environment that actively encourages dissent. Their Civil Resistance District, comprising B.O.P.s (Booths for One-man Pikets), bunkers, control platforms, ‘plumbic fists’ and information stand, has been deployed in actual demonstrations. A full-size example in shown outside, while inside the exhibition videos show them in action; drawings and a model illustrate how they all function together. In a demonstration these objects provide both protection and means of communication among participants and transform a simple protest into an organized civil uprising. The B.O.P. or B.I.P. (Booth of Individual Picketing) is a legally allowed «protester’s agitation costume». At the same time it also serves as a protective bunker and a protester’s «tank» as it is able to carry more placards than a single person and provides physical protection from attack. The "Shelter/Refuge" is disguised as a high voltage transformer station. A protester can quite comfortably hide inside it. In addition, it can communicate with others and covertly survey the environment. The "Comond Tower" is designed both for scouting and for the coordination of the actions of protesters in the "B.I.P."'s. It is also equipped with a loud-speaker for campaigning. An interactive model shows an operation in a "resistance district" in action and tracks the movements of the B.I.P.'s along with the locations of the "Shelter/Refuges" and "Command Towers". Each of these objects has a practical, crucial use. They have been tested out in action by artists on the streets of Krasnodar, Almaty and Moscow.

Observation posts and control towers built out of rough wood send messages to individual picketing booths designed to protect demonstrators from police batons and demonstrators as they wheel forward with banners and slogans. In the city of Krasnodar, one of these booths was actually ‘arrested’ and ‘kept in prison’ for a year before being returned to the artists. But these functional objects also make excellent sculptures that echo the constructivist kiosks and booths of the early Soviet avant-garde. 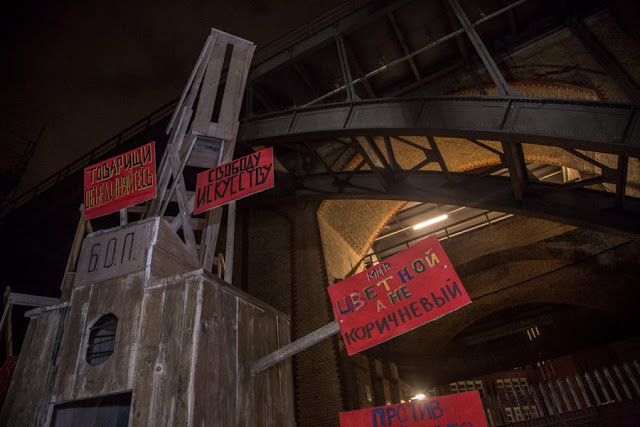 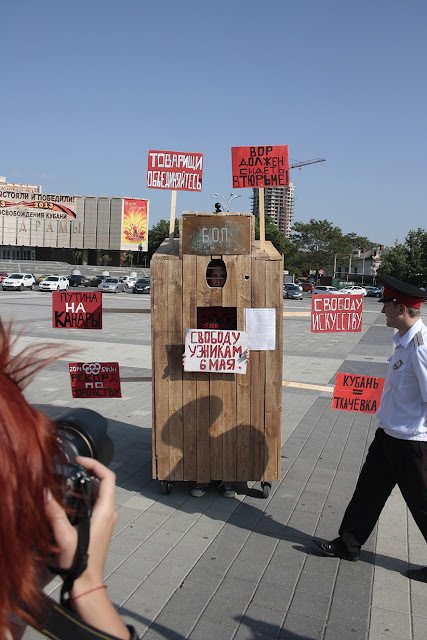 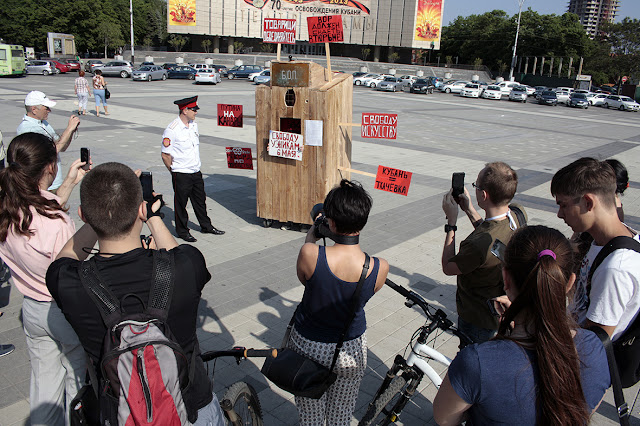 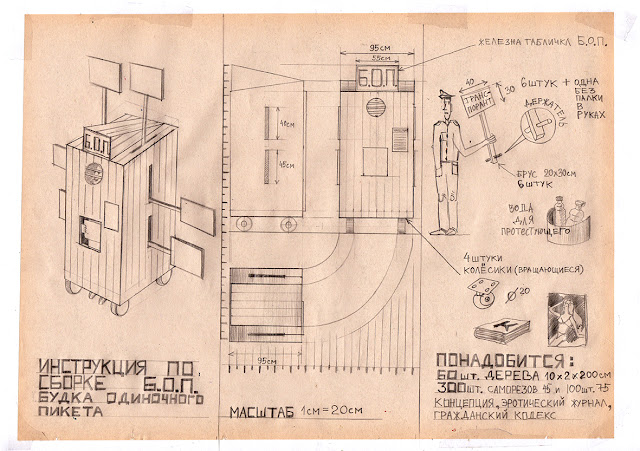 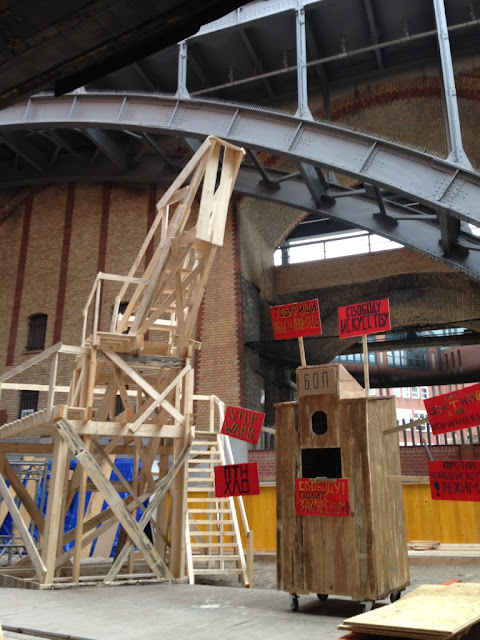 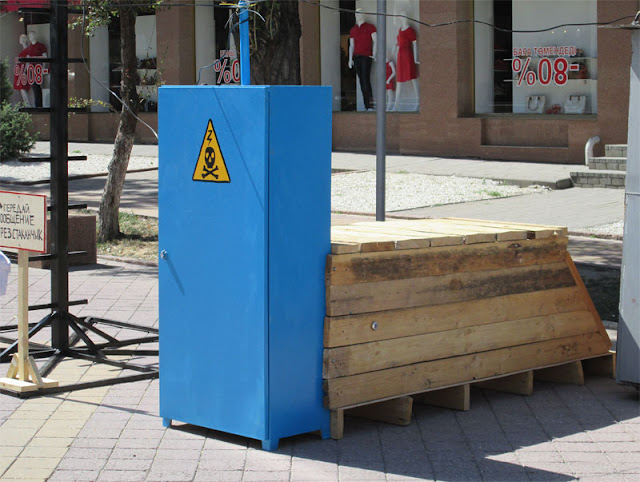 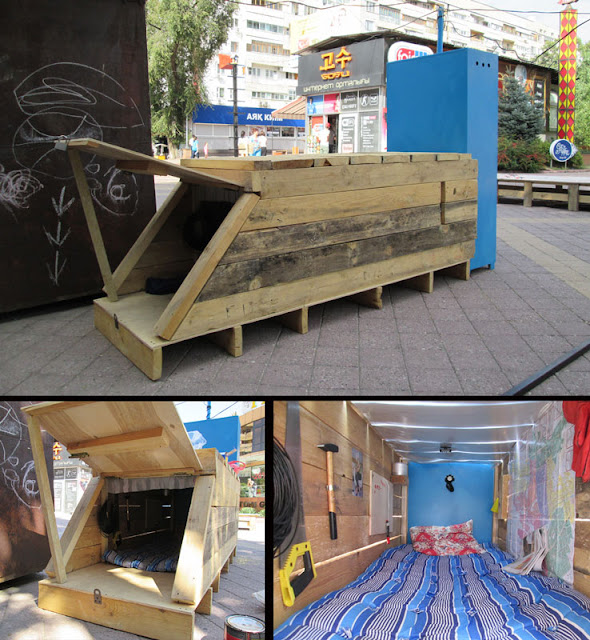 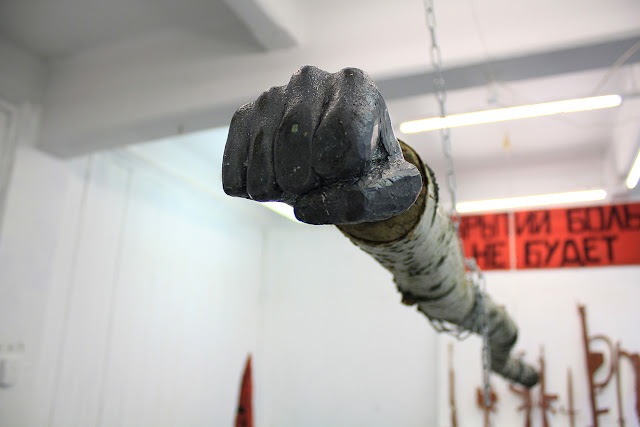 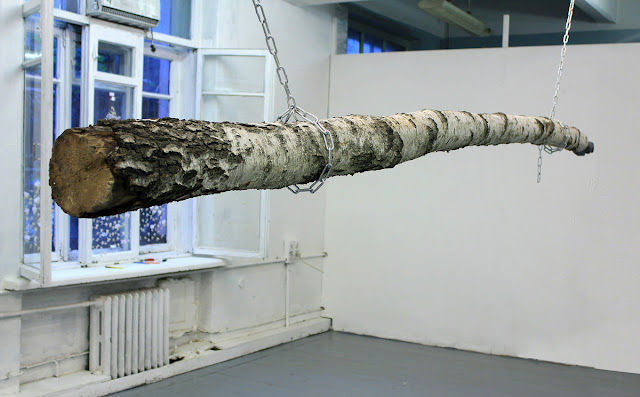 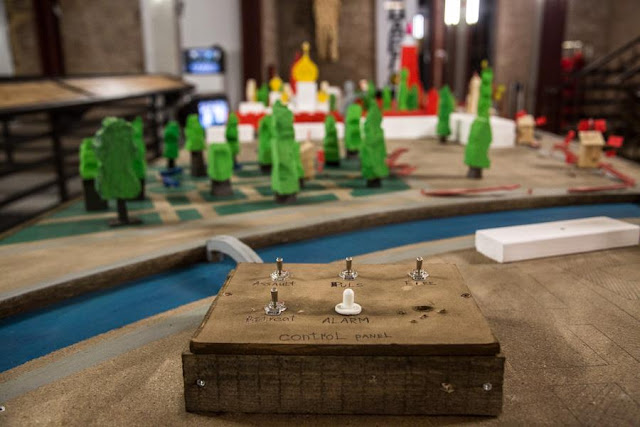 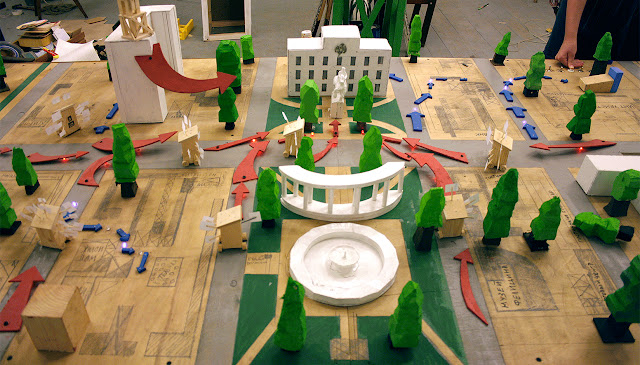 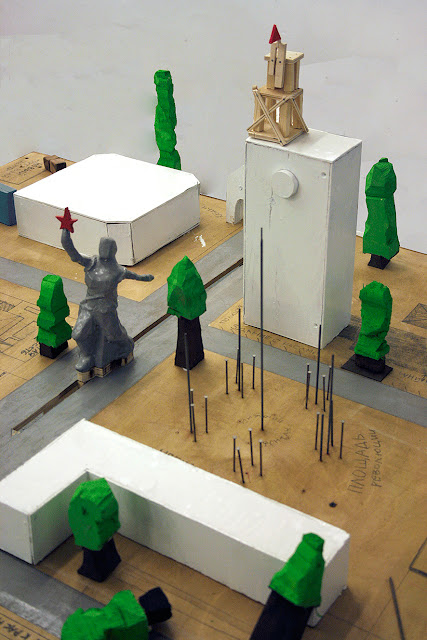 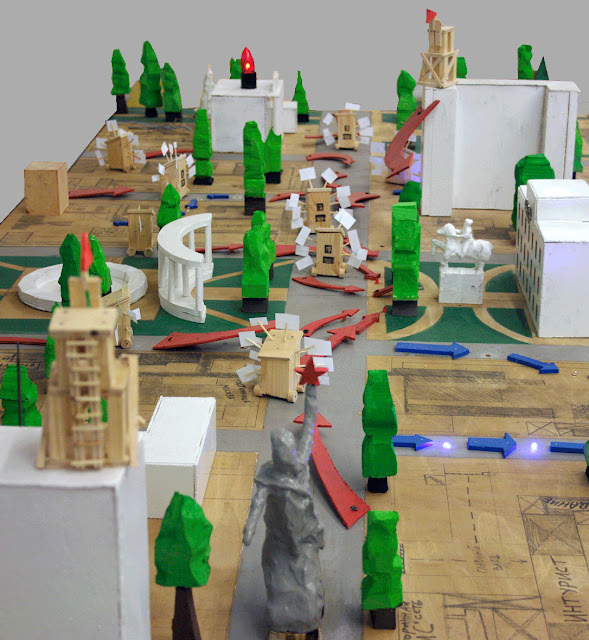 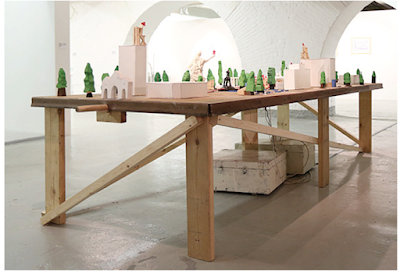